My young girls who read in dreaming poses are escaping from fleeting, harmful time: Katia, Frederique, and The Three Sisters. Fixing them in the act of reading or dreaming prolongs a privileged, splendid, and magic glimpsed-at time. A suddenly opened curtain sheds light from a window and is seen only by those who know how. Thus a book is a key to open a mysterious trunk containing childhood scents; we rush to open it like the child with butterflies, or the young girl with a moth. It is a gold-sprinkled time that avoids worldly alteration, time nimbused by a magic halo, time fixed in terms of what the smiling, dreaming girls see. It is surreal time in the true sense of the term.

The first Balthus painting I saw was The Bedroom. I saw it in Edward Lucie-Smith’s Movements in Art since 1945. I was maybe 17, and I found the painting not so much shocking as disturbing. It upset something in me, but I also found myself enchanted by it. In the painting an aesexual woman of dwarfish proportions, scowling and stern, pulls a black curtain to its side to allow sunlight to flood over the nude body of a young woman whose posture is simultaneously sexually vibrant and alarmingly comatose. A cat perched on a book glances out the window. There’s a dark fairy tale embedded in the painting. In its color, light, staging, subject, and theme, it’s of a piece with much of Balthus’ work. I didn’t know that over 20 years ago when I first saw it, but I did know that it intrigued me. I wanted to see more. 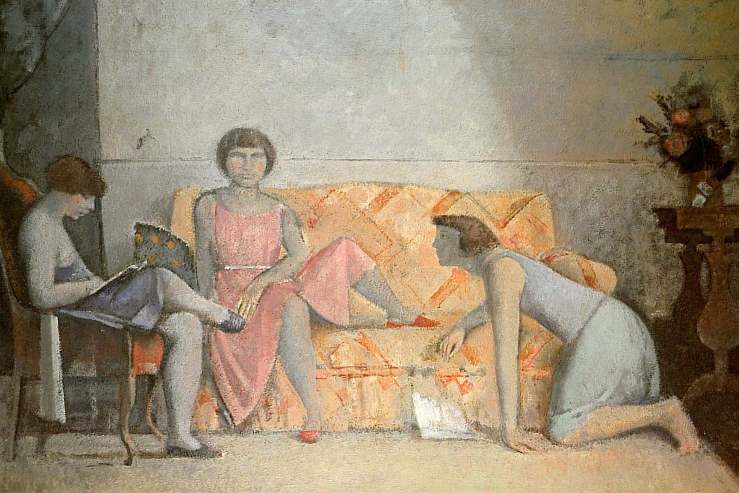 As a teenager, Balthus’ visions disturbed and engaged me. My response was aesthetic, but I also found a narrative even in his most static paintings. There’s an eerie peace to his reading girls that I saw then and see now. The rooms he painted were little dreams.

Now that I am older I find Balthus’ depictions of girls far, far more disturbing than I did two decades ago. Or rather, I find his paintings disturbing in a different way.

(I think here of rereading Lolita as an adult. I think I first read the book at 15 or 16, and was floored by its language; I read it again in my early 20s—and then in my late twenties. It was a different book).

And yet when I look at Balthus’ paintings of girls reading what emanates most strongly for me is that “gold-sprinkled time that avoids worldly alteration, time nimbused by a magic halo.” He captures something about the private world of reading that I identify with—what I mean is that I feel the feeling of the girls who read in his paintings. 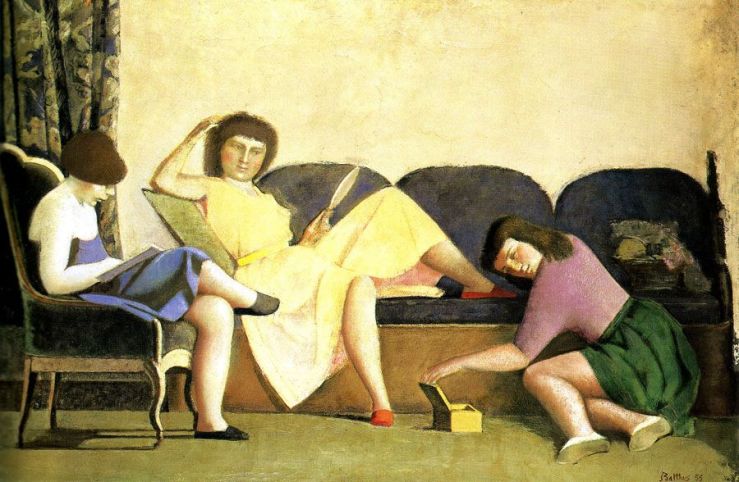 Elsewhere in his memoir, Balthus declares—

Balthus here gives us a fitting description of the “unreadability” of the visions he depicts. Key here is that both his negation (“not by”) and its parallel divergent conjunction (“but by”) frame a perfectly apt analysis of his own work—he is a voyeur, yes, and ushers in a voyeuristic eye—but he also stages a dream world that his viewers can feel. 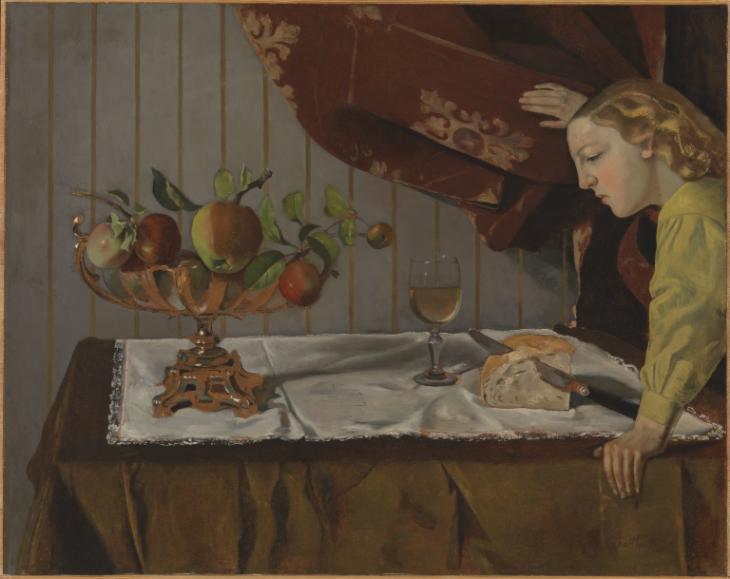 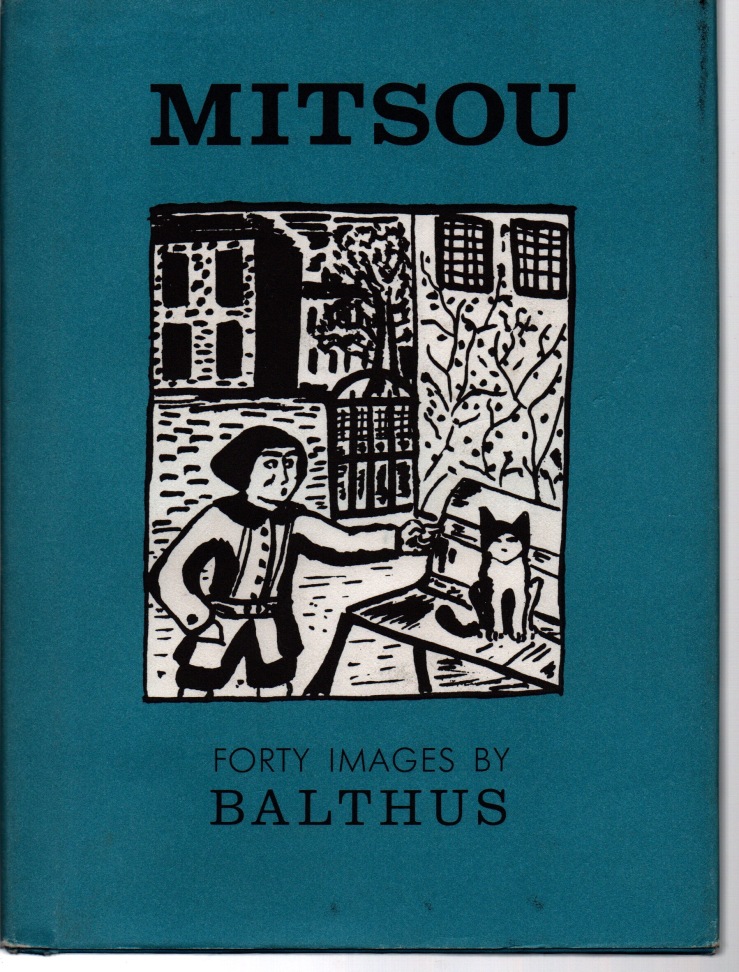 …the artist must not become a storyteller. The anecdote should not exist in painting. A picture or subject imposes itself, and it alone knows how profound and vertiginous it is. Nothing happens in a picture, it simply is; it exists by essence or does not exist at all. Baudelaire said a poem is there before it is there. Otherwise, it would be akin to something narrative, something inflected, willed into being by the artist. A picture or poem escapes these contingencies, with terrifying freedom and fiercely self-sufficient violence. In this sense, the artists is a mere link in a chain that began long ago. At Lascaux, for example, and even before Lascaux. There is no hierarchy, and Chardin is not better than Lascaux. All these creative connections belong to the same earthly song, from the ancient source of the world that I know nothing about, but which sends me a few messages by flashes of sun—or starlight. The artist constantly seeks to rediscover the illuminating fire, the hearth where sparks are made.