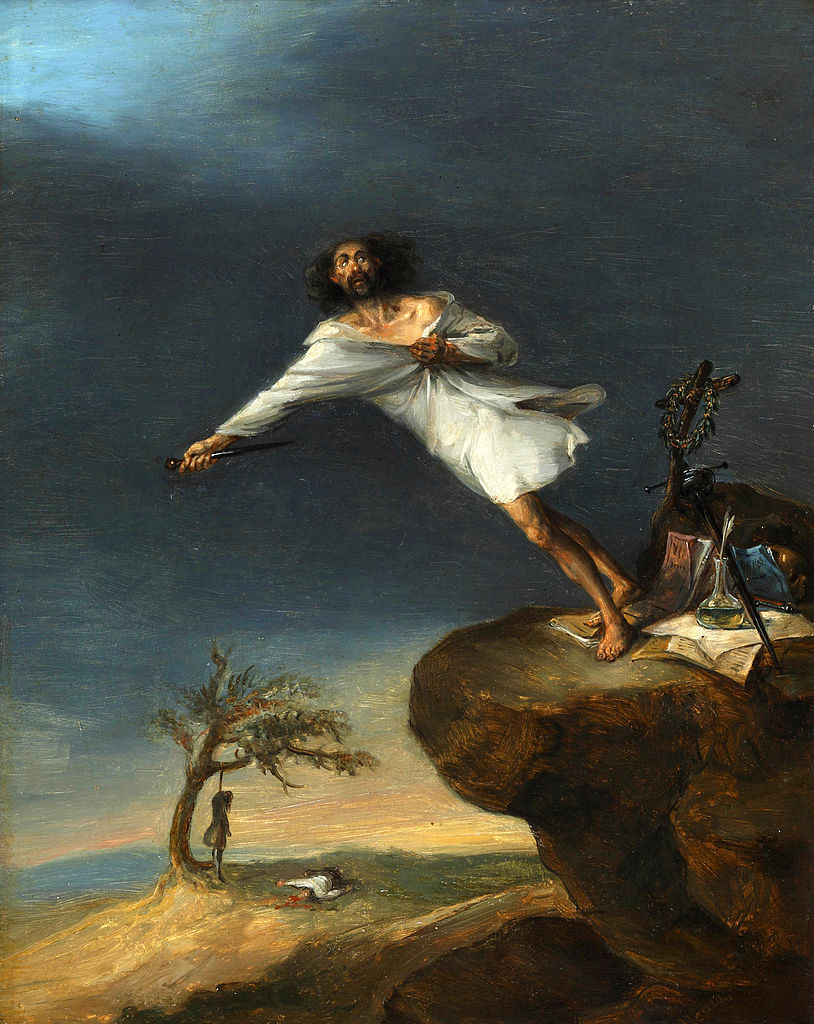 Every happiness that a man enjoys, and almost every friendship that he cherishes, rest upon illusion; for, as a rule, with increase of knowledge they are bound to vanish. Nevertheless, here as elsewhere, a man should courageously pursue truth, and never weary of striving to settle accounts with himself and the world. No matter what happens to the right or to the left of him,—be it a chimaera or fancy that makes him happy, let him take heart and go on, with no fear of the desert which widens to his view. Of one thing only must he be quite certain: that under no circumstances will he discover any lack of worth in himself when the veil is raised; the sight of it would be the Gorgon that would kill him. Therefore, if he wants to remain undeceived, let him in his inmost being feel his own worth. For to feel the lack of it is not merely the greatest, but also the only true affliction; all other sufferings of the mind may not only be healed, but may be immediately relieved, by the secure consciousness of worth. The man who is assured of it can sit down quietly under sufferings that would otherwise bring him to despair; and though he has no pleasures, no joys and no friends, he can rest in and on himself; so powerful is the comfort to be derived from a vivid consciousness of this advantage; a comfort to be preferred to every other earthly blessing. Contrarily, nothing in the world can relieve a man who knows his own worthlessness; all that he can do is to conceal it by deceiving people or deafening them with his noise; but neither expedient will serve him very long.

From Arthur Schopenhauer’s The Art of Controversy. Translated by T. Bailey Saunders.

Writing a novel is one of those modern rites of passage, I think, that lead us from an innocent world of contentment, drunkenness, and good humor, to a state of chronic edginess and the perpetual scanning of bank statements. By the eighteenth book, one has a sense of having bricked oneself into a niche, a roosting place for other people’s pigeons. I wouldn’t recommend it.

From David Foster Wallace’s essay “A Supposedly Fun Thing I’ll Never Do Again,” collected in the book of the same name:

The word’s overused and banalified now, despair, but it’s a serious word, and I’m using it seriously. For me it denotes a simple admixture—a weird yearning for death combined with a crushing sense of my own smallness and futility that presents as a fear of death. It’s maybe close to what people call dread or angst. But it’s not these things, quite. It’s more like wanting to die in order to escape the unbearable feeling of becoming aware that I’m small and weak and selfish and going without any doubt at all to die. It’s wanting to jump overboard.