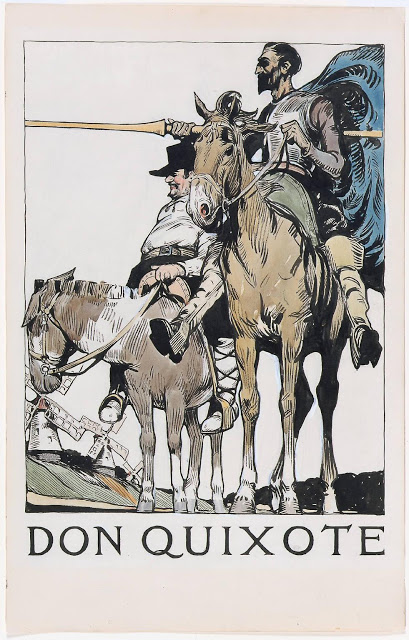 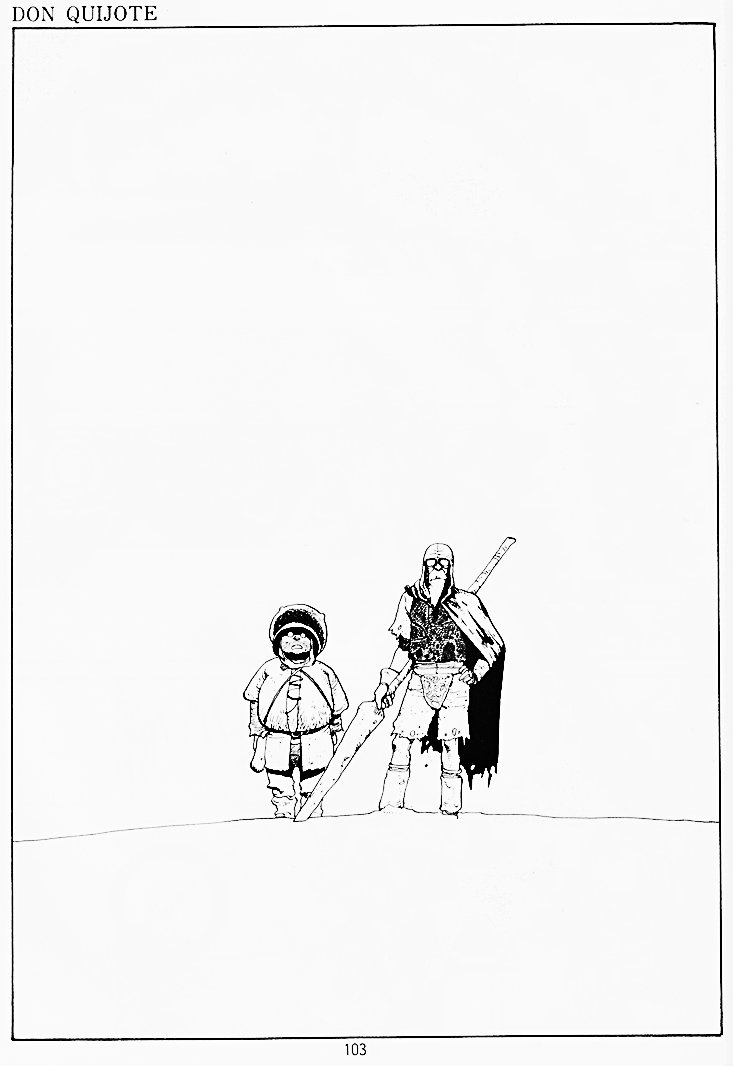 So I have this other site, Gustave Doré’s Don Quixote, which simply runs, in more or less chronological order, Doré’s engravings for Miguel Cervantes’ Don Quixote. Updates four or five times a week. Check it out (or don’t).

Rambling on foot in the spring of my life and the summer of the year, I came one afternoon to a point which gave me the choice of three directions. Straight before me the main road extended its dusty length to Boston; on the left a branch went toward the sea, and would have lengthened my journey a trifle of twenty or thirty miles, while by the right-hand path I might have gone over hills and lakes to Canada, visiting in my way the celebrated town of Stamford. On a level spot of grass at the foot of the guide-post appeared an object which, though locomotive on a different principle, reminded me of Gulliver’s portable mansion among the Brobdignags. It was a huge covered wagon—or, more properly, a small house on wheels—with a door on one side and a window shaded by green blinds on the other. Two horses munching provender out of the baskets which muzzled them were fastened near the vehicle. A delectable sound of music proceeded from the interior, and I immediately conjectured that this was some itinerant show halting at the confluence of the roads to intercept such idle travellers as myself. A shower had long been climbing up the western sky, and now hung so blackly over my onward path that it was a point of wisdom to seek shelter here.

“Halloo! Who stands guard here? Is the doorkeeper asleep?” cried I, approaching a ladder of two or three steps which was let down from the wagon.

The music ceased at my summons, and there appeared at the door, not the sort of figure that I had mentally assigned to the wandering showman, but a most respectable old personage whom I was sorry to have addressed in so free a style. He wore a snuff-colored coat and small-clothes, with white top-boots, and exhibited the mild dignity of aspect and manner which may often be noticed in aged schoolmasters, and sometimes in deacons, selectmen or other potentates of that kind. A small piece of silver was my passport within his premises, where I found only one other person, hereafter to be described.

“This is a dull day for business,” said the old gentleman as he ushered me in; “but I merely tarry here to refresh the cattle, being bound for the camp-meeting at Stamford.” END_OF_DOCUMENT_TOKEN_TO_BE_REPLACED