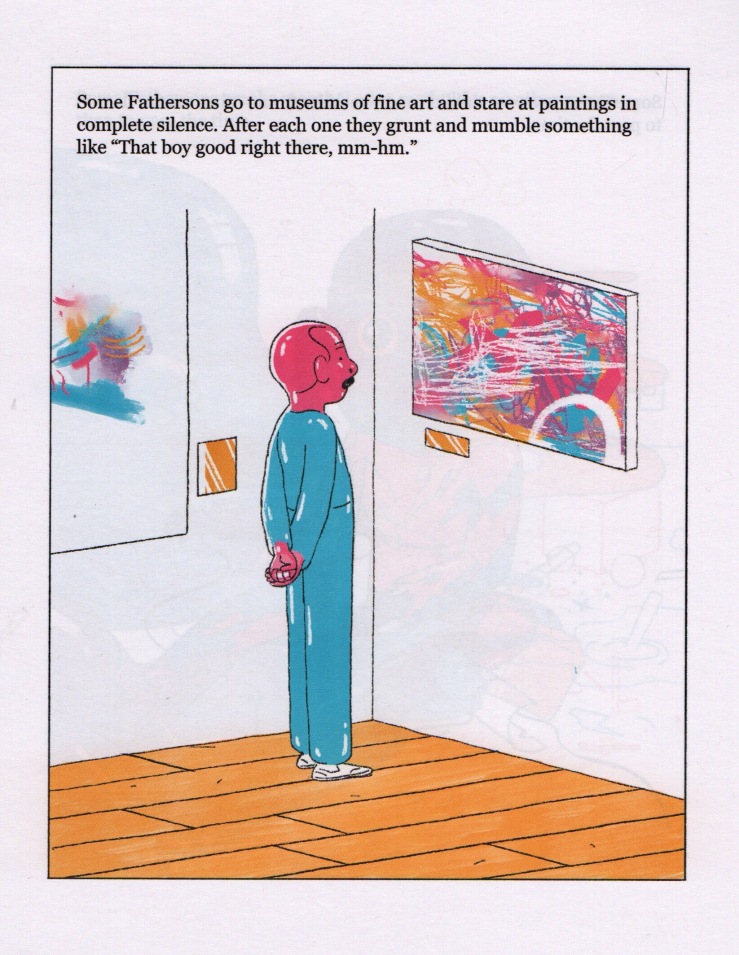 Richie Pope’s Fatherson showed up in today’s mail—it’s issue #13 of Youth in Decline’s monograph series Frontier. It’s so, so good—I’ve gone through it a few times now, and its immediate vibrancy and apparently simplicity slips into richer and richer territory each time.

It reminded me at first of a book my wife brought back to me years ago from San Francisco—a kids book called The Daddy Book by Todd Parr (she took our son when he was like, what—six months old?—left me with our daughter, alone, when she was like, what—twoish? Everything was fine and dandy cotton candy). And then, simultaneously, Fatherson reminded me of Donald Barthelme’s novel The Dead Father—particularly the “Manual for Sons” section.

And Fatherson reminded me of other stuff too, but mostly I loved it because of the stuff it didn’t remind me of. Highly recommended. 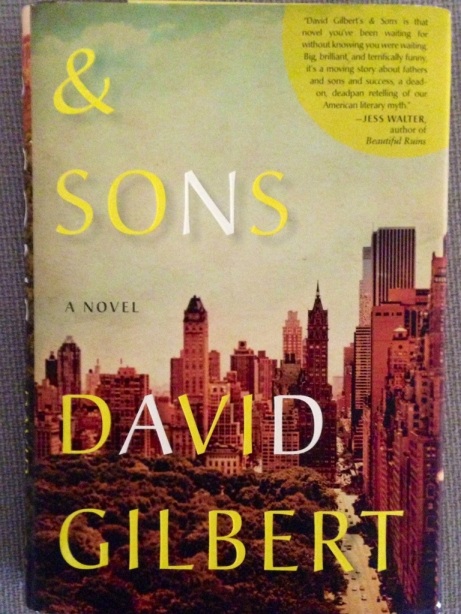 David Gilbert’s & Sons has gotten plenty of advanced praise and been likened to Wonder Boys and The Art of Fielding (which I couldn’t bring myself to waste my time to finish). Here’s John Irving’s blurb:

The funeral of Charles Henry Topping on Manhattan’s Upper East Side would have been a minor affair (his two-hundred-word obit in The New York Times notwithstanding) but for the presence of one particular mourner: the notoriously reclusive author A. N. Dyer, whose novel Ampersand stands as a classic of American teenage angst. But as Andrew Newbold Dyer delivers the eulogy for his oldest friend, he suffers a breakdown over the life he’s led and the people he’s hurt and the novel that will forever endure as his legacy. He must gather his three sons for the first time in many years—before it’s too late.

So begins a wild, transformative, heartbreaking week, as witnessed by Philip Topping, who, like his late father, finds himself caught up in the swirl of the Dyer family. First there’s son Richard, a struggling screenwriter and father, returning from self-imposed exile in California. In the middle lingers Jamie, settled in Brooklyn after his twenty-year mission of making documentaries about human suffering. And last is Andy, the half brother whose mysterious birth tore the Dyers apart seventeen years ago, now in New York on spring break, determined to lose his virginity before returning to the prestigious New England boarding school that inspired Ampersand. But only when the real purpose of this reunion comes to light do these sons realize just how much is at stake, not only for their father but for themselves and three generations of their family.

In this daring feat of fiction, David Gilbert establishes himself as one of our most original, entertaining, and insightful authors. & Sons is that rarest of treasures: a startlingly imaginative novel about families and how they define us, and the choices we make when faced with our own mortality.