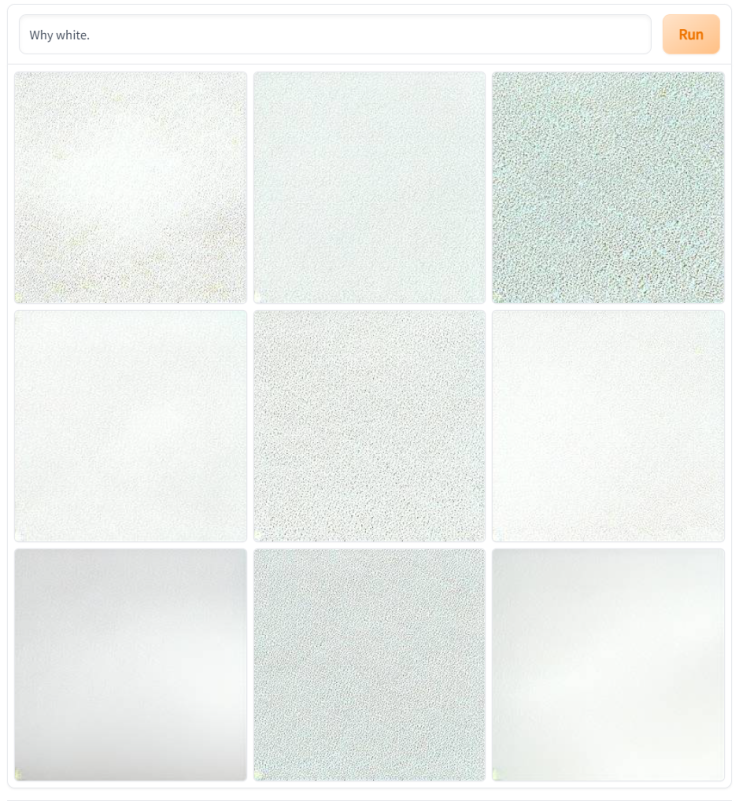 “Cake” by Gertrude Stein is from Food, part of Tender Buttons.

DALL-E mini is by Boris Dayma and colleagues.

Cake cast in went to be and needles wine needles are such.

This is today. A can experiment is that which makes a town, makes a town dirty, it is little please. We came back. Two bore, bore what, a mussed ash, ash when there is tin. This meant cake. It was a sign.

Another time there was extra a hat pin sought long and this dark made a display. The result was yellow. A caution, not a caution to be.

It is no use to cause a foolish number. A blanket stretch a cloud, a shame, all that bakery can tease, all that is beginning and yesterday yesterday we had it met. It means some change. No some day.

A little leaf upon a scene an ocean any where there, a bland and likely in the stream a recollection green land. Why white.

“Are you serious?—do you really believe a machine thinks?”

I got no immediate reply; Moxon was apparently intent upon the coals in the grate, touching them deftly here and there with the fire-poker till they signified a sense of his attention by a brighter glow. For several weeks I had been observing in him a growing habit of delay in answering even the most trivial of commonplace questions. His air, however, was that of preoccupation rather than deliberation: one might have said that he had “something on his mind.”

“What is a ‘machine’? The word has been variously defined. Here is one definition from a popular dictionary: ‘Any instrument or organization by which power is applied and made effective, or a desired effect produced.’ Well, then, is not a man a machine? And you will admit that he thinks—or thinks he thinks.”

“If you do not wish to answer my question,” I said, rather testily, “why not say so?—all that you say is mere evasion. You know well enough that when I say ‘machine’ I do not mean a man, but something that man has made and controls.”

“When it does not control him,” he said, rising abruptly and looking out of a window, whence nothing was visible in the blackness of a stormy night. A moment later he turned about and with a smile said:

“I beg your pardon; I had no thought of evasion. I considered the dictionary man’s unconscious testimony suggestive and worth something in the discussion. I can give your question a direct answer easily enough: I do believe that a machine thinks about the work that it is doing.”