Via the Morgan Library and Museum. Their gloss:

Twain wrote Pudd’nhead Wilson in a blaze of creativity, spurred by his imminent bankruptcy. The finances of Twain’s publishing firm, Webster and Company, were failing, and his continued investment in the Paige typesetting machine was becoming overwhelming. He needed to write a commercially successful novel quickly and completed 60,000 words between November 12 and December 14 1892. Making light of his haste, Twain used seven symbols to denote weather conditions and instructed the printer to insert them at the head of each chapter. They do not appear in the printed edition. When Twain finished the novel in July 1893, he told Fred Hall that “there ain’t any weather in it, & there ain’t any scenery—the story is stripped for flight!”

A handwritten fragment from the “Circe” episode of James Joyce’s Ulysses. Via/more. 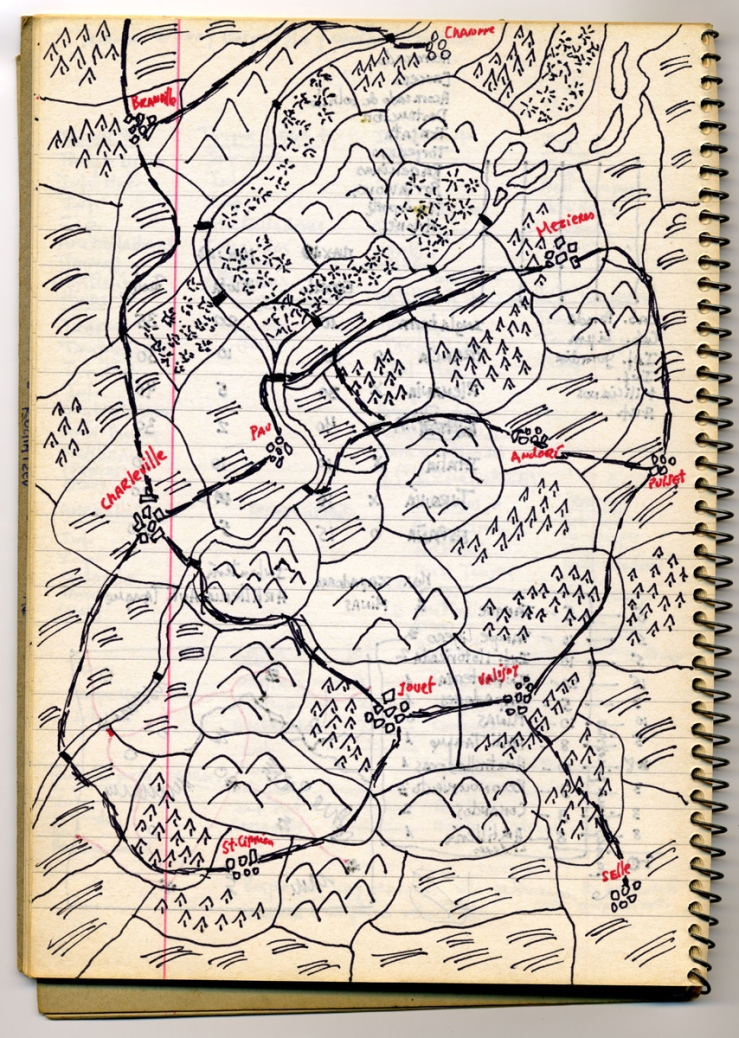 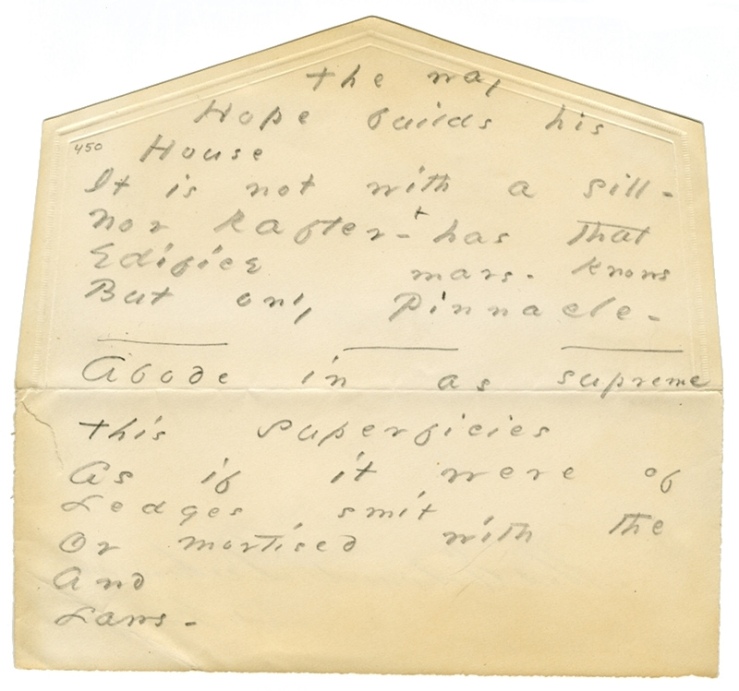 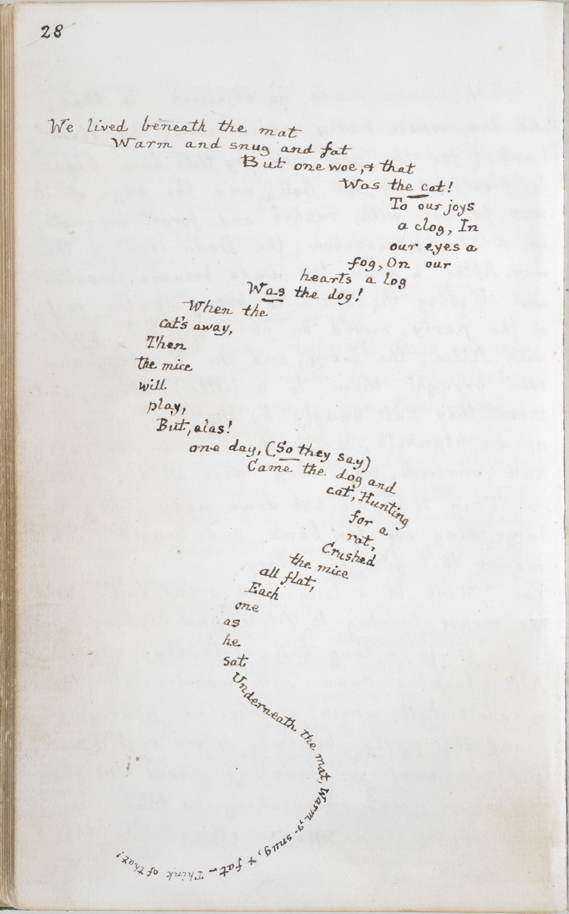 From the Emily Dickinson Archive. 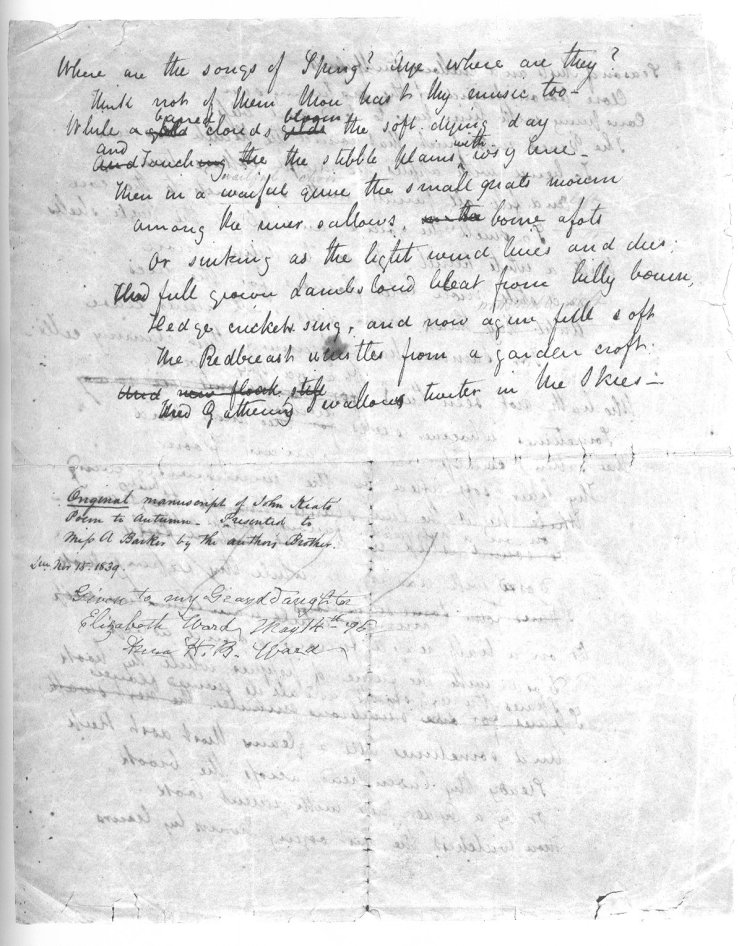 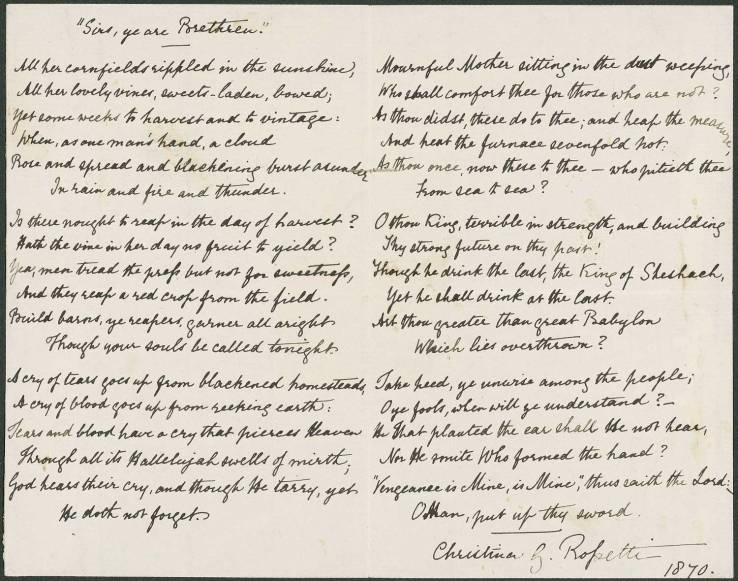 A fragment from the “Circe” episode of James Joyce’s Ulysses. Via/more.