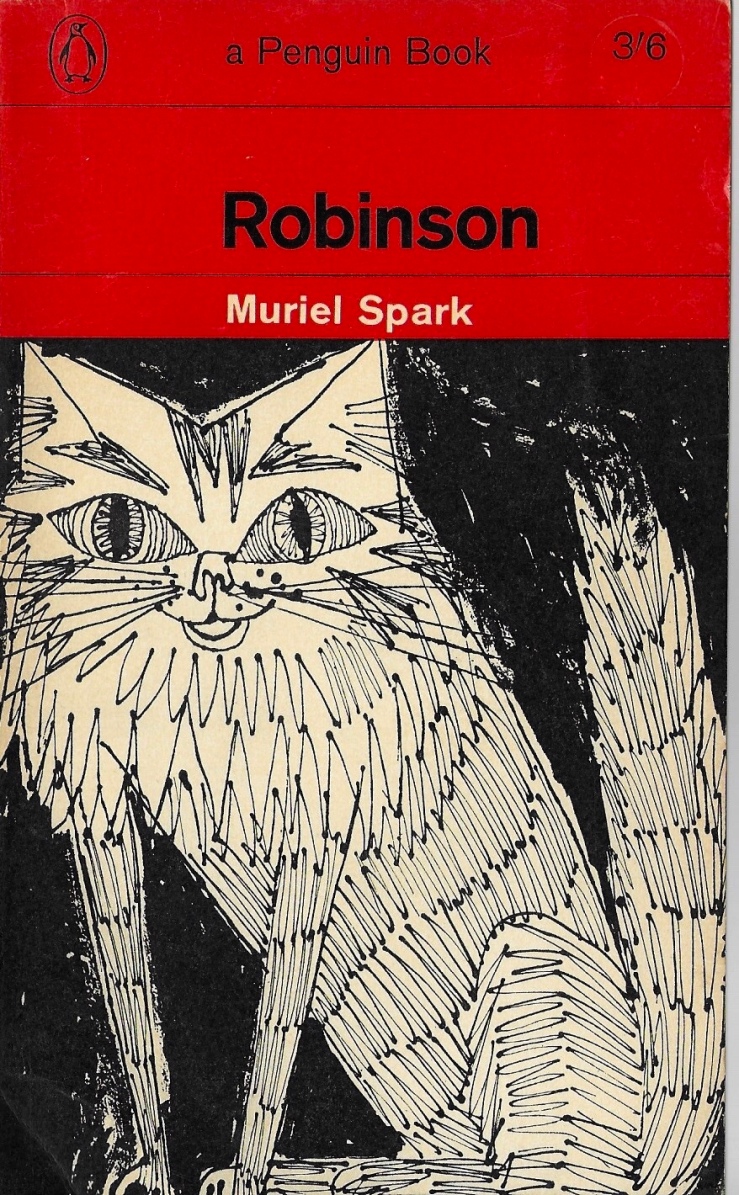 I have not yet read Muriel Spark, but I’ve noted she’s been compared to Ann Quin and Anna Kavan. Robinson looked more interesting to me (and shorter) than her more famous novels The Prime of Miss Jean Brodie and Memento Mori, and I love this cover. 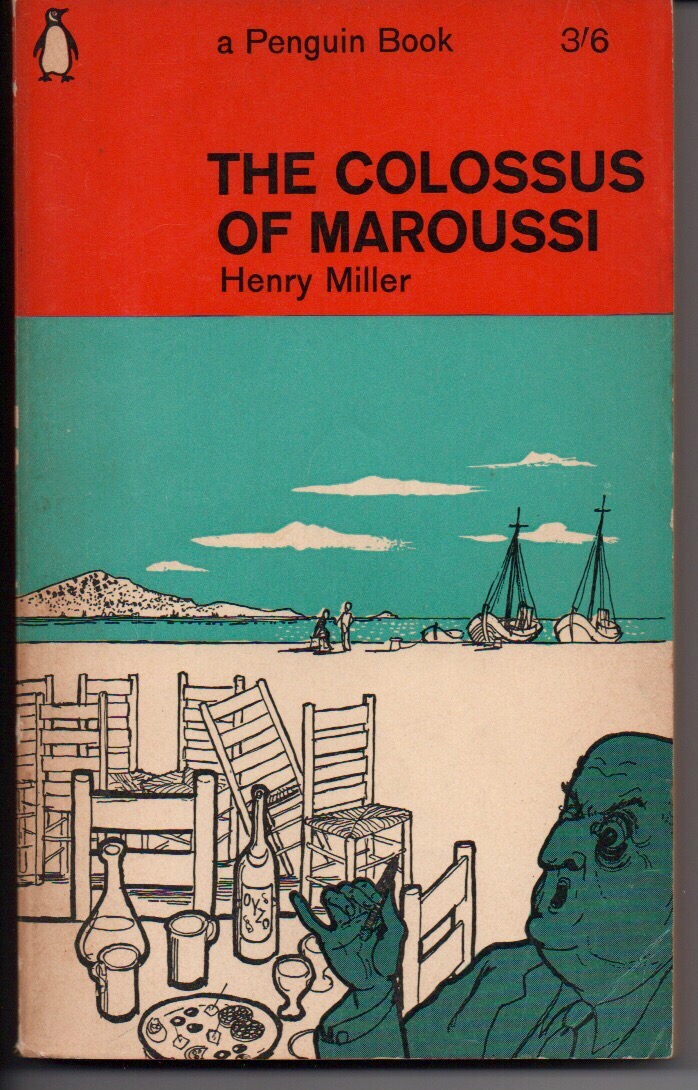 The Colossus of Maroussi by Henry Miller. 1964 paperback by Penguin Books. Cover drawing by the English cartoonist and art critic Osbert Lancaster.

The Blood of Others by Simone de Beauvoir. 1964 paperback by Penguin Books. Cover art by Anthony Common.

The Holy Sinner by Thomas Mann. 1961 paperback by Penguin Books. Cover art by the English artist Brian Wildsmith, who is perhaps most famous for his marvelous children’s book illustrations.

I read Simone de Beauvoir’s The Blood of Others years ago in an undergraduate class called existential literature or something like that.

Had to have this Penguin edition. Here’s the back: 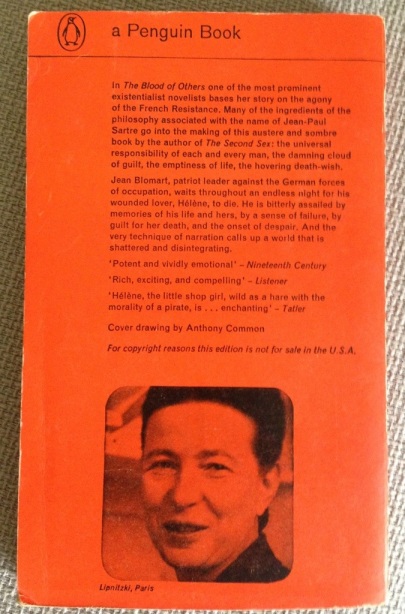 Flann O’Brien’s The Best of Myles collects material from his column Cruiskeen Lawn:

Big thanks again to Ryan Mihaly for sending me another Penguin edition. This time, Ryan sent me Boris Pasternak’s The Last Summer. (Ryan writes reviews of merit at Flying Object, btw). Ryan also sent me a bookmark he illustrated himself: 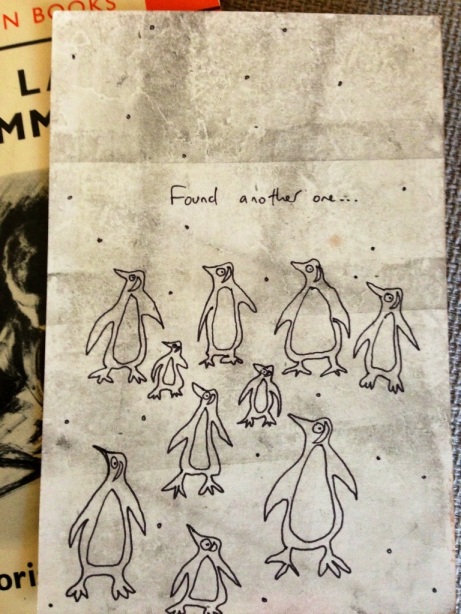 Big thanks to Ryan Mihaly for sending me this copy of Norman Douglas’s novel South Wind, which is the 11th Penguin Book (1st printing, 1935). This book is beautiful and it was very kind of Ryan to send it to me. Ryan writes reviews (good ones!) at Flying Object.

South Wind is now in the public domain, so you can read it for free if you like. Here are the first few paragraphs:

The bishop was feeling rather sea-sick. Confoundedly sea-sick, in fact.

This annoyed him. For he disapproved of sickness in every shape or form. His own state of body was far from satisfactory at that moment; Africa—he was Bishop of Bampopo in the Equatorial Regions—had played the devil with his lower gastric department and made him almost an invalid; a circumstance of which he was nowise proud, seeing that ill-health led to inefficiency in all walks of life. There was nothing he despised more than inefficiency. Well or ill, he always insisted on getting through his tasks in a businesslike fashion. That was the way to live, he used to say. Get through with it. Be perfect of your kind, whatever that kind may be. Hence his sneaking fondness for the natives—they were such fine, healthy animals.

Fine, healthy animals; perfect of their kind! Africa liked them to “get through with it” according to their own lights. But there was evidently a little touch of spitefulness and malice about Africa; something almost human. For when white people try to get through with it after their particular fashion, she makes hay of their livers or something. That is what had happened to Thomas Heard, D.D., Bishop of Bampopo. He had been so perfect of his kind, such an exemplary pastor, that there was small chance of a return to the scenes of his episcopal labours. Anybody could have told him what would happen. He ought to have allowed for a little human weakness, on the part of the Black Continent. It could not be helped. For the rest, he was half inclined to give up the Church and take to some educational work on his return to England. Perhaps that was why he at present preferred to be known as “Mr. Heard.” It put people at their ease, and him too.

Whence now this novel and unpleasant sensation in the upper gastric region? Most annoying! He had dined discreetly at his hotel the evening before; had breakfasted with moderation. And had he not voyaged in many parts of the world, in China Seas and round the Cape? Was he not even then on his return journey from Zanzibar? No doubt. But the big liner which deposited him yesterday at the thronged port was a different concern from this wretched tub, reeking with indescribable odours as it rolled in the oily swell of the past storm through which the MOZAMBIQUE had ridden without a tremor. The benches, too, were frightfully uncomfortable, and sticky with sirocco moisture under the breathless awning. Above all, there was the unavoidable spectacle of the suffering passengers, natives of the country; it infected him with misery. In attitudes worthy of Michelangelo they sprawled about the deck, groaning with anguish; huddled up in corners with a lemon-prophylactic against sea-sickness, apparently-pressed to faces which, by some subtle process of colour-adaptation, had acquired the complexion of the fruit; tottering to the taffrail….

There was a peasant woman dressed in black, holding an infant to her breast. Both child and parent suffered to a distressing degree. By some kindly dispensation of Providence they contrived to be ill in turns, and the situation might have verged on the comical but for the fact that blank despair was written on the face of the mother. She evidently thought her last day had come, and still, in the convulsions of her pain, tried to soothe the child. An ungainly creature, with a big scar across one cheek. She suffered dumbly, like some poor animal. The bishop’s heart went out to her.

He took out his watch. Two more hours of discomfort to be gone through!
Then he looked over the water. The goal was far distant. 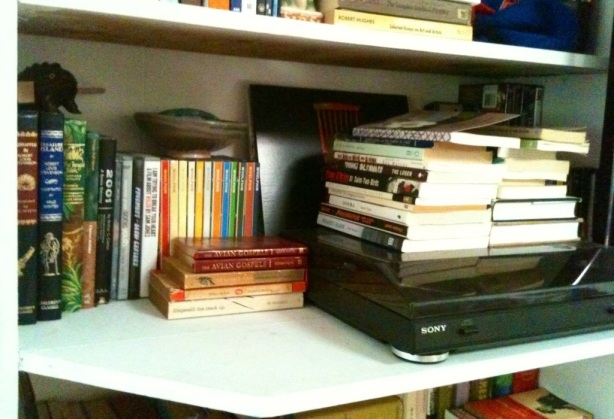 So this is what happens—books pile up. Okay, maybe that sentence is missing a clear subject: I pile books up.

This stack mounded on my record player over the last week; I intended to shelve about half of these: 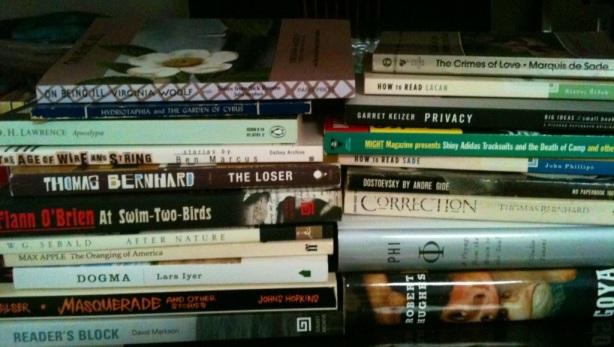 Anyway, this shelf is mostly other media, including DVDs, a few records, and playing cards.

Of note (perhaps) are the three illustrated volumes on the left that I’ve had forever.

The illustrated Kipling was actually my father’s:

Like many bibliophiles, I’m a sucker for plain Penguins:

In reply to an inquiry, it was explained that a satisfactory novel should be a self-evident sham to which the reader could regulate at will the degree of his credulity. It was undemocratic to compel characters to be uniformly good or bad or poor or rich. Each should be allowed a private life, self-determination and a decent standard of living. This would make for self-respect, contentment and better service. It would be incorrect to say that it would lead to chaos. Characters should be interchangeable as between one book and another. The entire corpus of existing literature should be regarded as a limbo from which discerning authors could draw their characters as required, creating only when they failed to find a suitable existing puppet. The modern novel should be largely a work of reference. Most authors spend their time saying what has been said before – usually said much better. A wealth of references to existing works would acquaint the reader instantaneously with the nature of each character, would obviate tiresome explanations and would effectively preclude mountebanks, upstarts, thimble-riggers and persons of inferior education from an understanding of contemporary literature. Conclusion of explanation. 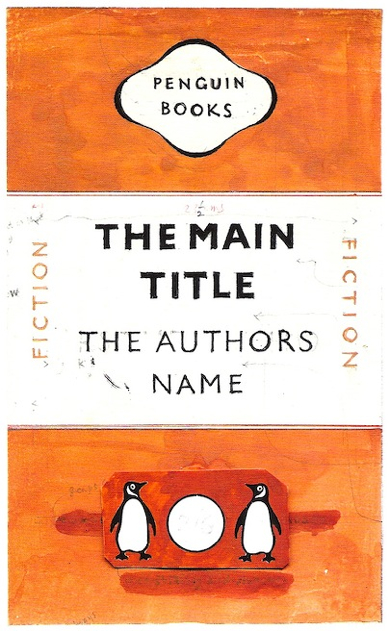