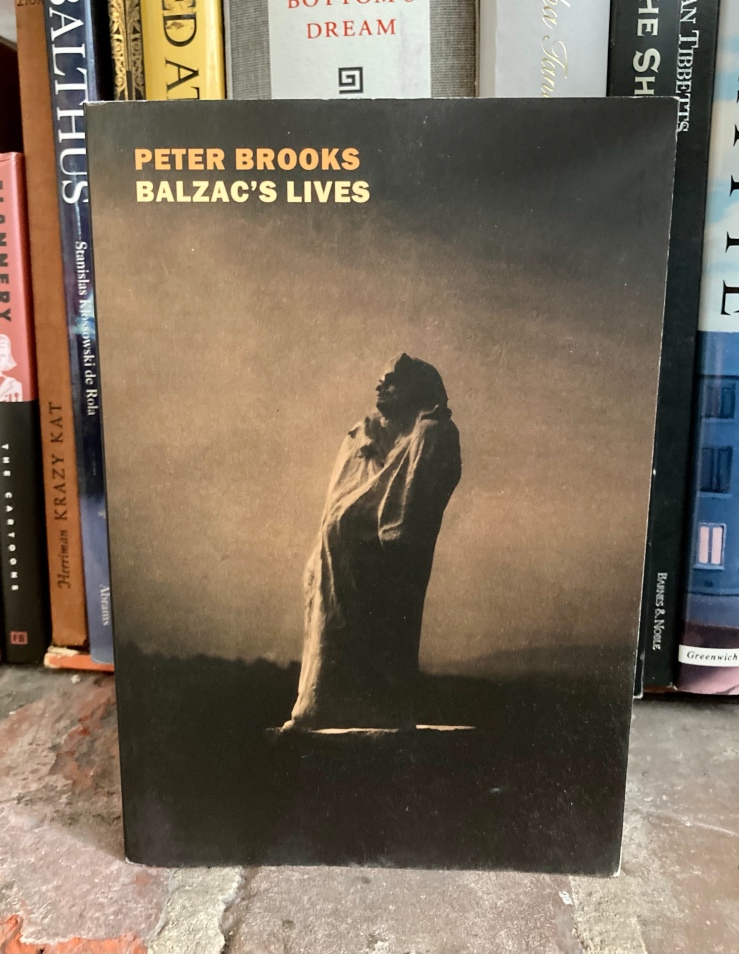 Peter Brooks’s study of Balzac is newish from NRYB.

Balzac, more than anyone, invented the nineteenth-century novel, and Oscar Wilde went so far as to say that Balzac had invented the nineteenth century. But it was above all through the wonderful, unforgettable, extravagant characters that Balzac dreamed up and made flesh—entrepreneurs, bankers, inventors, industrialists, poets, artists, bohemians of both sexes, journalists, aristocrats, politicians, prostitutes—that he brought to life the dynamic forces of an era that ushered in our own. Peter Brooks’s Balzac’s Lives is a vivid and searching portrait of a great novelist as revealed through the fictional lives he imagined.