If you follow Teju Cole on Twitter, you’ve likely already read many of his small fates, tweets he composed over two years drawn from Nigerian newspapers. The project follows the spirit of Félix Fénéon’s faits divers, three-line tragedies collected from the news.

Cole has written about the project in detail at his site, as have a number of other sites, but I can’t recall seeing the small fates put together in one place before The New Inquiry published 45 today under the title I don’t normally do this sort of thing. Cole’s small fates operate on a wonderfully strange axis of comedy and horror; they are brief but rich, ironic but intensely real. 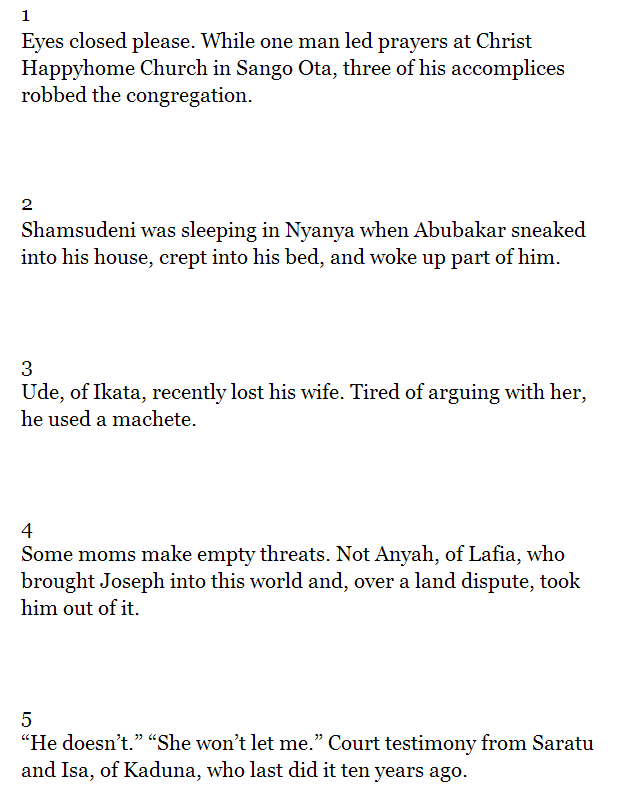 Read the rest of I don’t normally do this sort of thing.