At Vice, Sammy Markham (Crickets) interviews one of our heroes of Charles Burns. Read our review of Burns’s latest, X’ed Out. From the interview with Markham, Burns discusses subconscious influences–

There’s work that I grew up with and looked at and internalized. It is still in my subconscious, and I pay attention to that part of myself, and those images come through. For example, I looked at Tintin books when I was really, really young—before I could even read—and so there were elements of the stories that I didn’t understand the relevance of. In The Secret of the Unicorn there’s one scene where Tintin is down in this basement. He’s been kidnapped. He wakes up and there’s this intercom that’s stuck on the wall. And in my mind, I had no idea what an intercom was, but I could tell that there was a voice balloon coming from this little hole in the wall.

In a weird and felicitous coincidence, I happened to have read The Secret of the Unicorn just last week and then read a comic by Burns in the May or June 2010 issue of The Believer where he riffs on the very scene he’s described above, a comic I only understood after reading Unicorn. Here’s the comic– 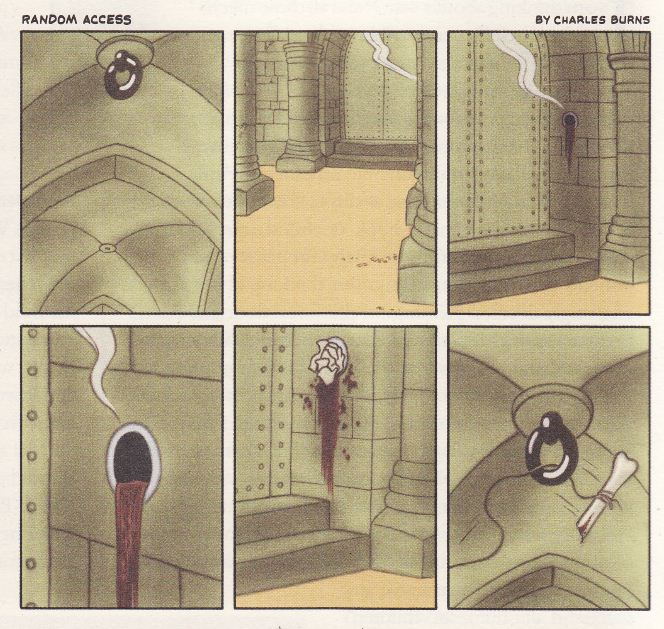