If you’re looking for a comprehensive “Books to Look Forward to in 2011” kind of list, The Millions has you covered. This post is not about books that are coming out in 2011, although some books mentioned here will come out in 2011. This post is really just about books I’d like to/plan to read in 2011 (it’s also kind of a dare to myself). 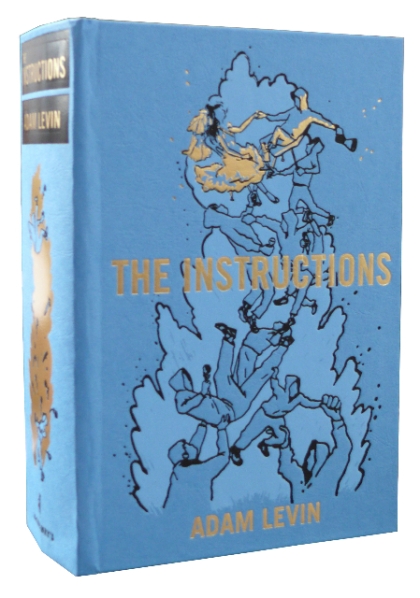 First up, I will finish the books I’m reading/listening to now. This means Adam Levin’s The Instructions (reading; McSweeney’s) and Lydia Millet’s Oh Pure and Radiant Heart (listening; Iambik Audio). I’m on page 342 of The Instructions; there are 1030 pages; a calculator tells me that that is 33.2%. It’s easy reading, often entertaining, but it’s hard to see, even a third of the way in, how Levin can justify taking up this much space. Oh, what is it about? Okay, this kid Gurion Maccabee may or may not be the Messiah. In the meantime, he rules the special ed program at his suburban Chicago school, writes scripture, and gets in lots of fights. The best parts of the book (so far, anyway) are Gurion’s comments on Torah (I would’ve written “the Torah,” but this book seems to suggest that the definite article is pretty Gentile).

Oh Pure and Radiant Heart has been enjoyable, sardonic — funny but sad — and I’m coming up to the end soon. Basically, a trinity of scientists who helped invent the atom bomb (Robert Oppenheimer is the famous one) come back from the dead (sort of) to . . . I don’t know yet. It’s unclear. To hang out with a quiet librarian and her gardener husband as their marriage slowly dissolves? To lead our nation to world wide peace? To take part in a movable circus of weirdos and End Times prophets? Not sure. Full review forthcoming. 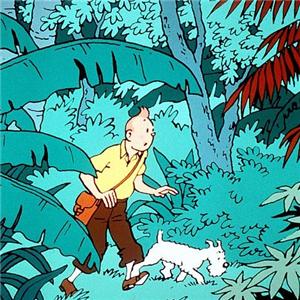 I already wrote about one of the Tintin collections I picked up late last year; I will read the other three collections (and likely hunt down more). I’ll also read (hopefully; that is, hopefully it will come out) the next installment in Charles Burns’s X’ed Out trilogy.

Also on the proverbial plate, non-illustratedwise, is Heinrich Böll’s The Clown, the story of a clown in post-Reich Germany who can smell through the phone (I think there’s more to it than that). Melville 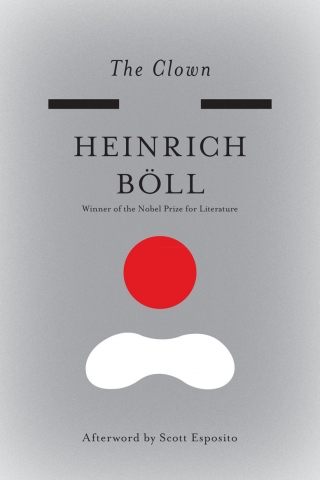 House is actually releasing several new editions of Böll’s novels this year, and they have a pretty excellent track record with the Germans, what with Hans Fallada and all, so hey, why not.

On the I-will-read-everything-Sam-Lipsyte-writes front, Picador is putting out a new edition of his first novel The Subject Steve (perhaps in concordance with The Ask coming out in paperback?). I will read The Subject Steve.

William Gaddis’s JR was, I think anyway, the last book I picked up in 2010. It’s really long, seems to be written entirely as a dialog, and hey, I read 2/3rds of The Recognitions and then didn’t even finish it (yet?) which is kinda remarkable/totally lazy. Maybe I should just finish The Recognitions. I just feel like “I get it already.” Lazy, lazy, lazy. 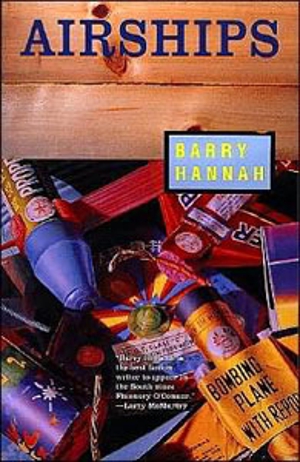 Loved the first chapter of Katherine Dunn’s Geek Love, even though it was really silly. Stay tuned, folks.

I read the first two stories in Barry Hannah’s Airships and then a few galleys bombed my doorstep and then I got distracted, but these things have Spring Break written all over them, so, yes, look for the Airships report in the future (or be a hipster douchebag and write in to tell me how awesome you already know Hannah is now that he’s dead blah blah blah).

I remember that I bought Renata Adler’s Speed Boat the same day I bought Airships (because, y’know, the titles). I read the first 30 or so pages and then read them again and then read them again a week or so ago. Kind of dumbfounding stuff. It’s been hovering around the coffee table, the nightstand; it’s been jammed in briefcases, wedged in coat pockets. What is it? What is she doing?

After slowing down my consumption in 2010, I’m ready to feed the addiction again in 2011: Bolaño, Bolaño, Bolaño. I need to read Amulet; I’ll also read The Insufferable Gaucho and probably something else.

But everyone’s buzzing about that already, right?