TO Dr. Faustus in his study Mephistopheles told the history of the Creation, saying:

“The endless praises of the choirs of angels had begun to grow wearisome; for, after all, did he not deserve their praise? Had he not given them endless joy? Would it not be more amusing to obtain undeserved praise, to be worshiped by beings whom he tortured? He smiled inwardly, and resolved that the great drama should be performed.

“For countless ages the hot nebula whirled aimlessly through space. At length it began to take shape, the central mass threw off planets, the planets cooled, boiling seas and burning mountains heaved and tossed, from black masses of cloud hot sheets of rain deluged the barely solid crust. And now the first germ of life grew in the depths of the ocean, and developed rapidly in the fructifying warmth into vast forest trees, huge ferns springing from the damp mould, sea monsters breeding, fighting, devouring, and passing away. And from the monsters, as the play unfolded itself, Man was born, with the power of thought, the knowledge of good and evil, and the cruel thirst for worship. And Man saw that all is passing in this mad, monstrous world, that all is struggling to snatch, at any cost, a few brief moments of life before Death’s inexorable decree. And Man said: ‘There is a hidden purpose, could we but fathom it, and the purpose is good; for we must reverence something, and in the visible world there is nothing worthy of reverence.’ And Man stood aside from the struggle, resolving that God intended harmony to come out of chaos by human efforts. And when he followed the instincts which God had transmitted to him from his ancestry of beasts of prey, he called it Sin, and asked God to forgive him. But he doubted whether he could be justly forgiven, until he invented a divine Plan by which God’s wrath was to have been appeased. And seeing the present was bad, he made it yet worse, that thereby the future might be better. And he gave God thanks for the strength that enabled him to forgo even the joys that were possible. And God smiled; and when he saw that Man had become perfect in renunciation and worship, he sent another sun through the sky, which crashed into Man’s sun; and all returned again to nebula.

“‘Yes,’ he murmured, ‘it was a good play; I will have it performed again.'” END_OF_DOCUMENT_TOKEN_TO_BE_REPLACED

Unable to resist this1961 first edition Penguin of Russell’s essay for peace, Has Man a Future?

In a strange coincidence, I showed this 1959 clip of Russell to a few of my classes this week—I know others have shared it before, but it seems more relevant than ever: 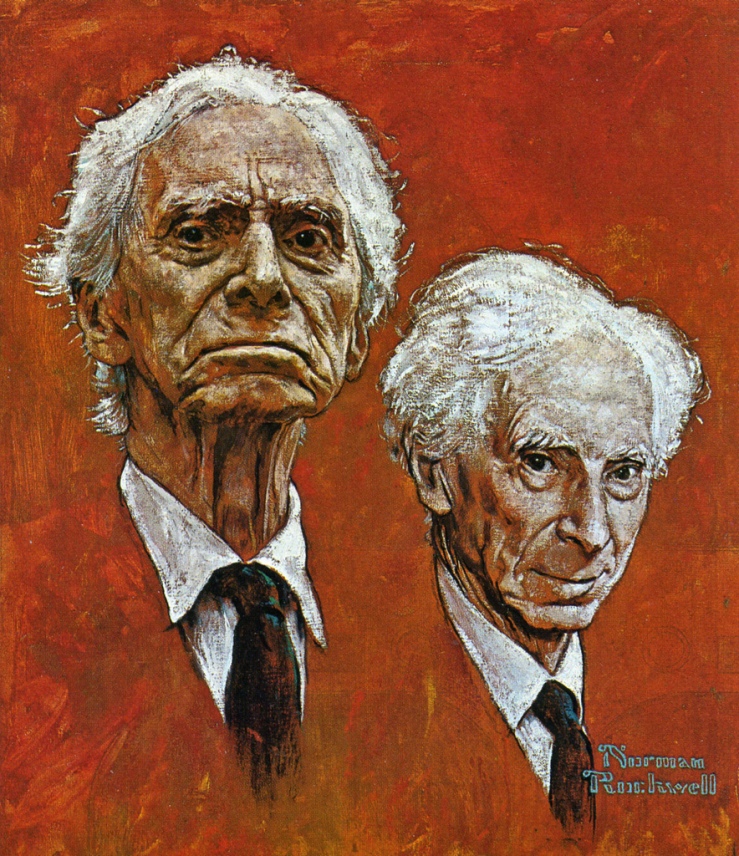